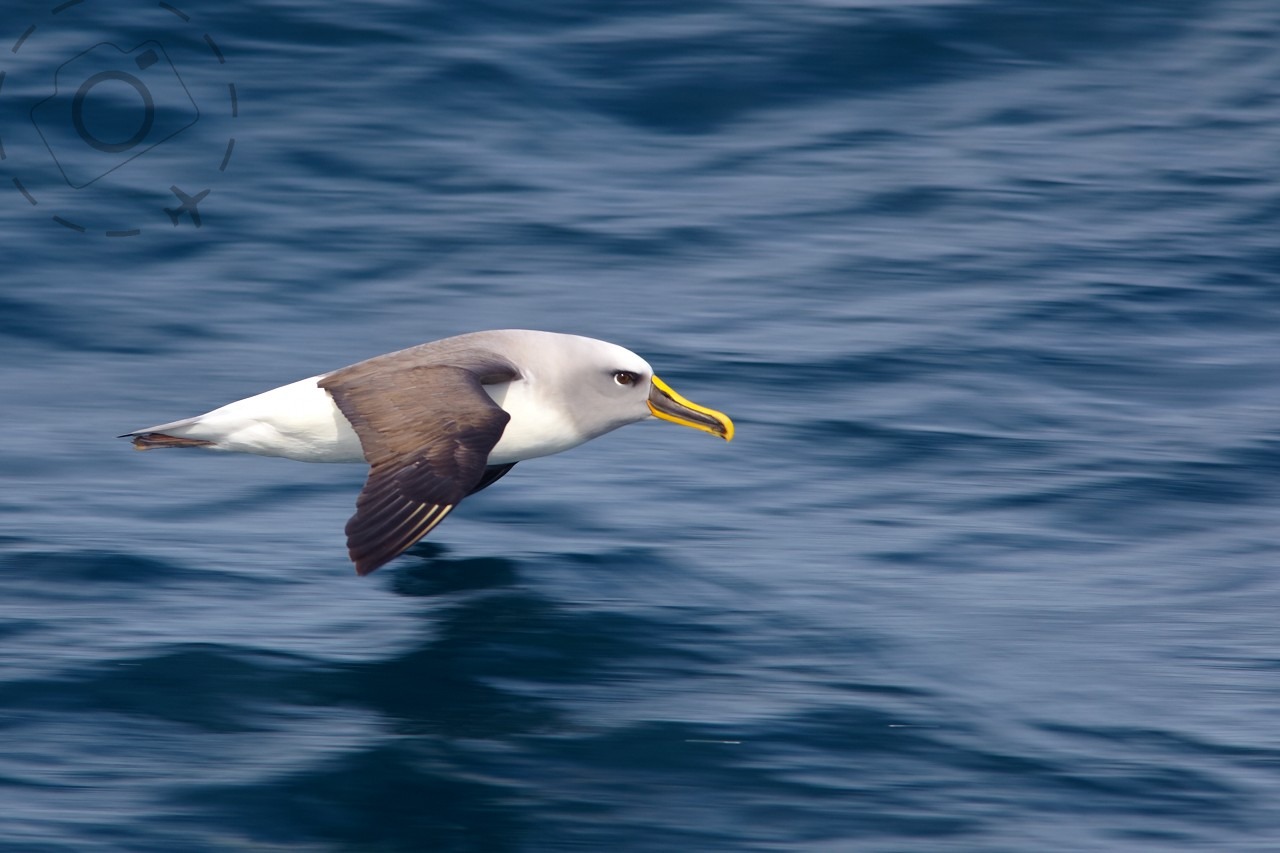 Cruising for Albatross
A few days sailing the Southern Ocean is a journey that at first glance holds few photographic opportunities. But even in open waters the company of sea-birds and a reasonable telephoto lens can provide rich inspiration to the creative photographer.


Light is the basic building block for the photographer, and the further south you sail the more daylight hours you get. It's a mixed blessing however as the long days are not as generously matched by sunny conditions. Ocean passages from Ushuaia to Antarctica or Invercargill to Macquarie Island are wonderful journeys for wildlife yet immensely difficult for photographers. So much depends on the weather.

As your ships heads south the first opportunity to test your kit happens well before you reach land to the south. Looking out from a cabin porthole and watching the grey horizon rock up and down does little to inspire your creative urges. Seeing an Albatross swoop low past the cabin does wonders for morale.

No matter how bleak, windy and wet the conditions are outside the sea birds of the southern ocean make an appearance daily. As I sit in my cabin sailing to Macquarie Island I see Wandering Albatross, Black-broughed Albatross, Shy Albatross and Grey-headed Albatross ride the currents of air above the swell. They and their smaller cousins, the petrels, are near constant companions.

Standing on the boat with my cute little Canon 5D and a modest fixed 300mm lens I don't look like a professional photographer at all. My ship companions are mostly carrying bigger cameras, bigger lenses and bigger wallets. Even the ships doctor is an amateur photographer, with a 600mm weapon mounted onto a mono-pod. He looks dangerous out there!

I started with a fixed 300mm on my 5D and a 1.4x converter, effectively netting 420mm of telephoto. That was plenty. Seems most birds tend to be shy but some do come in close enough to offer opportunities for tight shots. Patience is required of course, but I prefer to shoot at a shorter telephoto range and get a sharper image plus more 'context' from the background.

Shooting birds in flight takes a good deal of practice, and is made dramatically easier with a fast lens. Focusing is the tricky deal, so an f/2.8 lens has a better chance of hitting the target than an f/4 or f/5.6. Regardless, the best quality from any lens usually appears in the middle of the aperture range - so shooting at f/8 yields enough depth of field to cope with focusing errors and gets you the most vibrant and contrast rich shots your lens can achieve.

After a stormy ocean journey we pulled alongside Snare Island and spent some time at breakfast holding our position off-shore in hopes of the winds abating. The birds from the Snares reacted differently to our presence, they flew much closer to the boat and were more confident to come in close for a look at us. Instead of using a 300mm lens I switched to my 70-200 mm and still got a chance to fill my frame. I realised then how much quicker an f/2.8 lens can focus than an f/4, even though my working aperture for these shots is usually about f10.

Image quality and shooting experience are both increased when you can get closer to the subject. I make this point a lot, but with good reason.

I put away my telephotos now and grabbed the 16-35mm. Ambitious, yes. I wanted the scenery foremost, but with some well placed birds swooping close overhead. The scenery demanded full wide-angle but the birds were too distant to make the shot a success. OK, so sometimes you can't get close enough to work the wide-angle effectively. But it's always worth a try. A few days later we found ourselves walking the wind swept hills of Campbell Island and finally got properly close to nesting Royal Albatross to get the wide angle into the scene. Never stop trying!

AI Focus is something you have to practice the make use of, and something that defies intuition. Simply put your camera's AI function is intended to accept your initial subject as the focal target and continue to track that subject so long as you maintain the shutter half-pressed.

Trusting that your AI mode on the camera will track a moving object demands an act of faith. Our natural tendency is to take control and manually re-lock the focus again and again. AI focus also demands a very effective focusing screen on your camera body, with lots of imaging points and rapid updates. Not every camera will have this feature and for most of my career I've avoided using it anyway.

The advantage of high ISO settings is another matter entirely, and I make full use of the more sensitive settings to access fast shutter speeds and good depth-of-field simultaneously. I set my camera to f/8 and dial the ISO settings upwards until my shutter speeds begin to exceed 1/1000th of a second. From that point I can be assured a rock solid image if I can hit my target with good focus.

Many people avoid going above ISO 400 for fear of noise degrading their image. Noise is not a problem if you're shooting RAW and have good light. Capture One will work wonders on the RAW files when it comes to processing. ISO on modern gear is a genuine technological advantage, so use it.

Once you learn to nail subjects with a 'high and fast' rig it becomes clear that you can capture a lot of technically correct images but with very little emotive quality. You can end up freezing the moment rather than expressing it. To me the essential quality is motion. The birds gliding low over water, the peaks of a swell breaking in the gust and the surge of the ship ploughing its way south. That sense of motion is what you want to add into the frame.

One approach I tried was to capture both the wild waves and the elegant albatross together in a single frame. Without land to act as a reference, the magnitude of the swell is hard to convey. Plus the conditions that offer such drama are often the same conditions that prohibit passengers from standing on deck with two hands holding a camera instead of the rail.

My second plan was to revert to my old habit of slow-shutter panning. This time I wasn't going to shoot at 1/30th of a second, because shooting a moving target from a moving platform is hard enough but a telephoto lens simply exaggerates the smallest of timing errors. Instead I went up to 1/160th of a second and had to be very very patient for conditions which gave me dramatically different relative speeds between the birds and the water.

When sailing into the swell the ship would manage about 6knts, and the albatross would slip past us at moderate speed. You can pan very gently on the birds and get some strong blurring effect from the background waves. I spent hours waiting for the right bird to swoop low and close to the ship, and 95% of my pans were too rough to call it a success. But a few frames nailed it, and that's all you need.

The hours spent on the back of a boat in blustery swell will put you in good stead for future opportunities. The waddle of penguins emerging from the surf, a chance sighting of a New Zealand Snipe dashing through the mega-herbs or an Antarctic Tern flitting overhead with a fish in its beak - these sudden moments will seem much more manageable having explored your equipment in a tough setting like the Southern Ocean. Knowing how your telephoto lens reacts, the lag in focus times and effectiveness of the AI focus modes are valuable assets to travel with to the far south.


Heritage Expeditions are one of only two operators who sail to the sub-antarctic islands, and the only one that carries out genuine expedition cruising in the region. They're the real deal. The ship is functional rather than glamorous, but they'll get you back alive!

The Snares is a wildlife oasis in the Southern Ocean, with more birds on these small outcrops than across the entire British Isles. Many species of Albatross hover the coast and are curious about passing ships. Don't expect to actually land on the island, but zodiac cruising the kelp lined shores gets you within metres of the lovely Snares-crested Penguin.

You can also help protect the albatross by supporting the RSBP project here...


This feature was last updated on Saturday 30th April 2011

Where the wilderness meets man, the camera helps us to become a friend to nature. 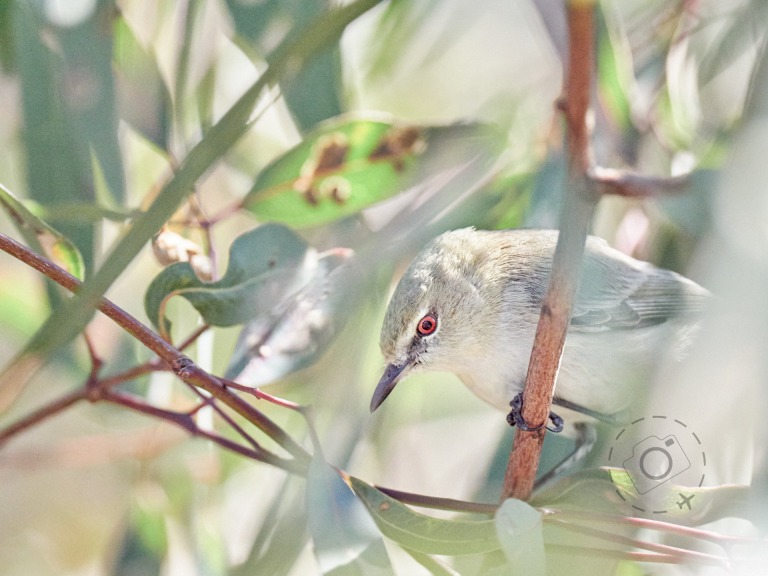 Hard bird to pronounce, even harder to photograph. They move so very fast and are so very very small. This feature introduces you to the life of this very little bird and my pursuit of capturing one in flight. 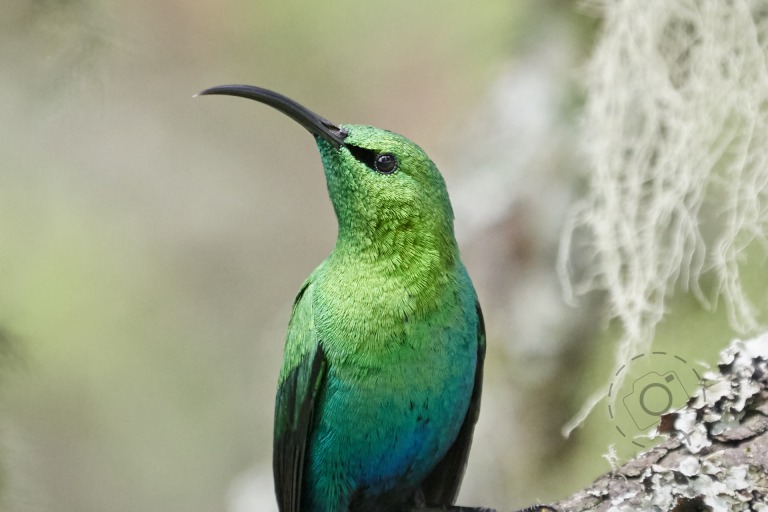 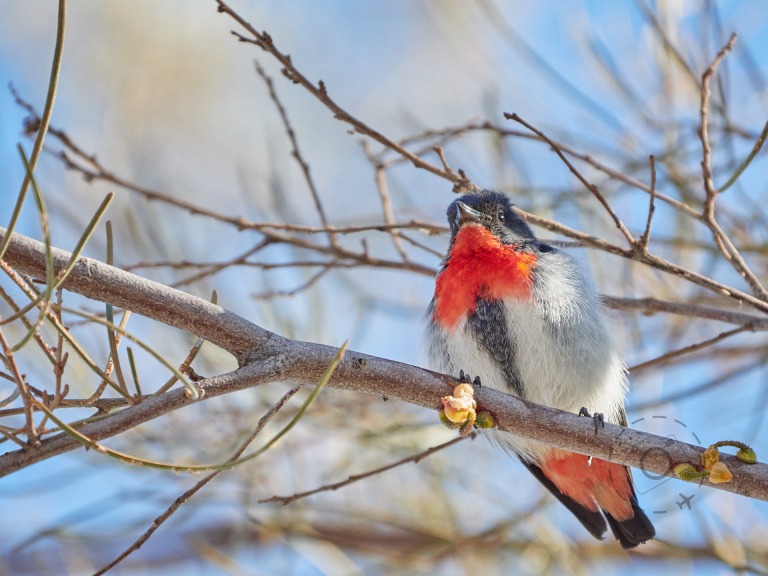 Meet the Mistletoebird, a very small but quite amazing little song bird.