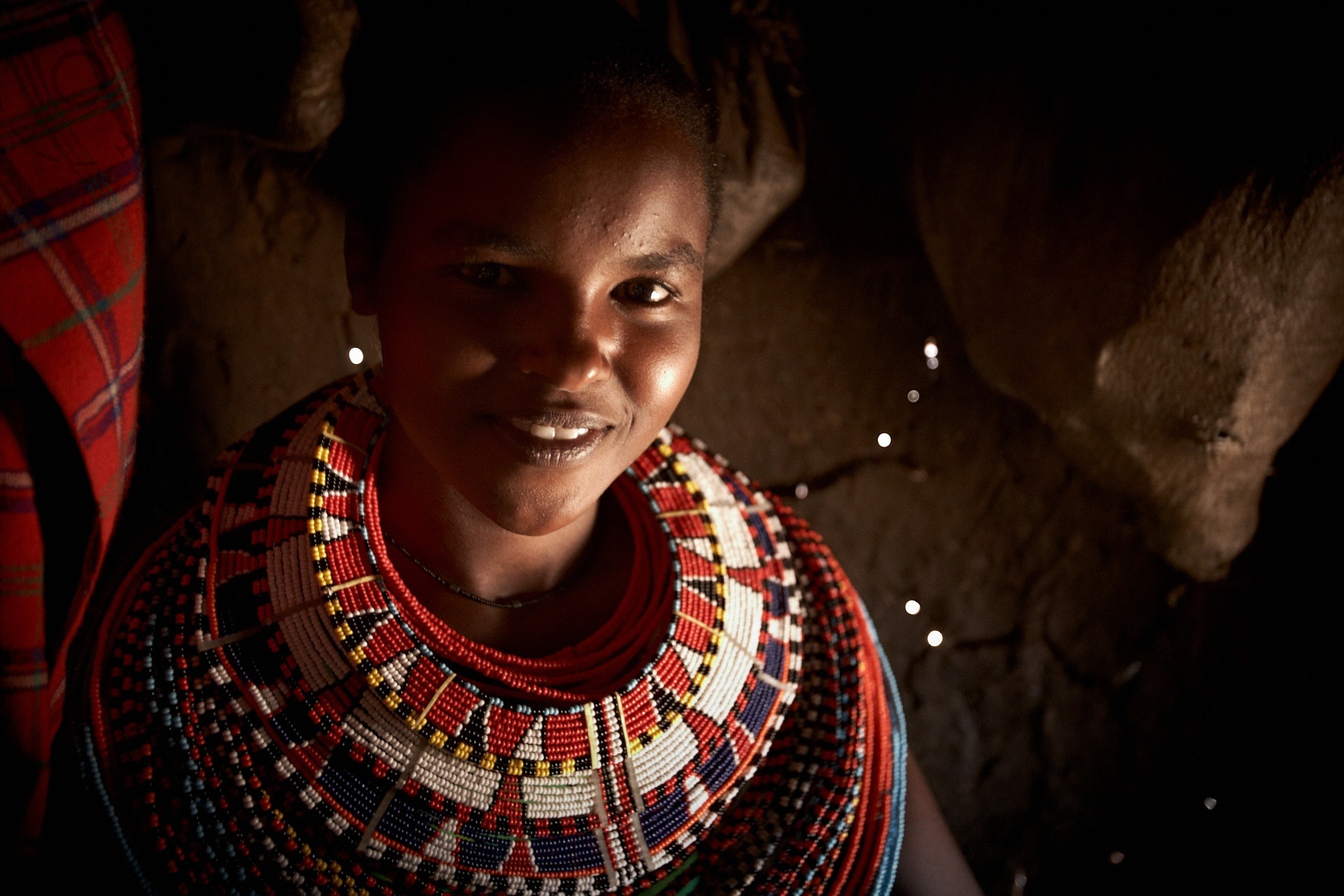 Samburu Survival
Samburu National Reserve is not as well known as the big African game parks. There are no annual migrations, no balloon rides above the savannas and no eighteen wheeler trucks filled with Spanish overland tourists.


Samburu is a small reserve in the company of several other parks to the north of Nairobi. Located on the far side of Mount Kenya the landscape is varied with floodplains, valleys and broad savanna where the elephants roam among the red dust. Accommodation in the reserve is limited to a few campsites, lodges and a luxury tented camp - it is home to more varieties of wildlife than there are people who visit.

Any great Kenyan safari experience begins with a great guide. Meet Kaka, an experienced guide whose depth of knowledge is born of affection for the animals. He loves to see them in the wild and tell you about their lives.

Kaka never gets tired of the places he visits, as there's always something unexpected waiting around the corner. On our first afternoon in Samburu National Reserve we join a pod of elephants down by the river at sunset, half of which are rolling in the dirt while the other half are taking a bath. It's a calm setting, we have plenty of distance from the bull elephants and can sit quietly in admiration.

And then all hell breaks loose. A leopard has walked into the party, and the elephants are not happy. Dust is flying as the bulls shake up the ground, stomping their feet and flapping their ears madly. The leopard knows he cant stay here, it's too dangerous for him to be on the ground amongst the herd. So he climbs to safety. To the annoyance of the big males this leopard has picked a very large tree with a nice view of the river bank.

One of the elephants is furious, and unable to affect the unwanted guest he turns his focus to our van instead. Kaka starts the engine, he knows a situation when he sees it and wants to keep out of harms way. We reverse back slowly as the big male steps forward. Now the ears are going, trunk raised and the elephant sounds his threat.

I asked Kaka if he's ever had his van trashed by an elephant. Kaka laughs and says yes, "It just keep rolling and rolling, over and over! That elephant was having some fun I tell you. So when I say to put on the seatbelt, you do it OK?" And then he laughed so hard he stalled the engine.

That was the last leopard we saw in a week of travelling through Kenyan wilderness. There are never guarantees of seeing particular animals, especially the cats. Cheetah are shy of leopards, leopards are shy of daylight and lions are scared of nothing. They are the one cat you cant avoid. They sometimes even sit along the roadside as though counting traffic, or take to hiding behind our vehicles as a means of sneaking up on prey.

I've never been to a reserve in East Africa and left without seeing a pride of lions, if not dozens. I've never grown tired of their majestic presence either, every new encounter as memorable as the first.

It's not just the dangerous beasts that capture the spirit of Samburu. Unusual antelopes you might see on safari are Gerenuk, a lanky animal that looks very elongated, or the Dik Dik, a tiny little fellow with antlers smaller than its ear. Dik Dik are terribly shy and hide easily behind shrubs they feed off. Gembok, Grants Gazelle, Impala, Wildebeest, Hartebeest, and Topi are just some of the other residents that roam free in the plains of Samburu National Reserve. It's hardly plain at all.

Samburu is a place where the quirky creatures of Kenya do very nicely. Even the humble Zebra has a local twist in this tale. The common Burchell's Zebra is the one we see most often across Africa, with large black stripes that make one-of-a-kind patterns across their white body. Grevy's Zebra are distinctively more elegant creatures, with finer lines that create delightful details set against a vast open wilderness.

Grevy's have a hint of brown to their stripes, rather than being a true black. When young the mane of a zebra can take on vibrant hues of orange, and the Grevy's never quite lose that touch of earthy tone. Up close they are curiosities of the savanna, having very large ears lined with fur, neatly aligned stripes that arrange into patterns along their flanks and a little tuft of mane that runs the full length of their back until it meets with the tail.

There is order in the wild it seems. Even the manic monkeys back at the camp site are not merely wild and savage, just a little rambunctious and cheeky. While our cook puts together a wood-fired feast the vervet monkeys entertain us with antics around the tents. They wrangle and leap about, occasionally taking time to stop and eat the flowers.

It's all fun and games until the big bad baboons spoil the party. With their sense of humour buried deep inside a furrowed brow the baboons chase away the fun loving vervets - after a round of rampage the camp returns to quiet. Unlike ourselves the baboons never get a hot cup of tea at the end of a days safari, which is a shame as they might find it helps their mood.

Samburu National Reserve shares its name with the indigenous people of the area. Over 100,000 people of the Samburu tribes can be found in the valleys around Mount Kenya, many living along the borders of the reserve. They are related to the Maasai tribes found to the south, but have their own customs and dialect which make the Samburu unique. Above all they are people who live from the cattle.

Life for the Samburu people is nourished by the milk of their cows, and for special occasions the meat is eaten too. Living a nomadic life in the plains and deserts of the north places them in direct conflict with wild predators. Mood swings of the baboon are the least of a tribes worries - if not for a fence of thorns that encircles their stock the cheetah could easily claim cattle for their own.

Kaka tell us, "A wealthy Samburu man has many cattle. The more cows he owns the more wives he may possess." The women of a tribe wear brightly coloured beads which reveal their marital status or their popularity as a single girl. Young men impress young girls with gifts of necklaces, and by the age of 15 most girls are both ready for marriage and weighed down with gifts.

Samburu people travel in groups of families, keeping their cattle and other livestock fenced in together from dusk and posting sentries to keep watch all night for more the determined of big cats. From a distance the nomadic village of Samburu people may look little more than a dust bowl, but up close there is a great deal of work evident in the traditional camps.

Huts are made from grass and mud to keep cool, children are corralled when it's time to study and the livestock stay close to the homes in makeshift pens. During the day herders take the animals out to feed, returning in the afternoon for the safety of the village. Life on the edge of a national park is a mixed blessing for the tribes. It can mean access to good grazing strips around the reserve, or it can place the livestock within harms way of predators. Not all the creatures in the Kenyan wilderness are as shy as a Dik Dik or gentle as a Reticulated Giraffe.

Samburu people are respectful of their natural home and the beasts who live in the park. As beautiful and as elegant the landscape may be, it is still a place where wild animals survive rather than thrive.


This article first appeared in Vacations & Travel in July 2009.

A Place to Stay:
Larsens Camp is located in the heart of Samburu National Reserve, where the wild animals come to the Ewaso Nyiro River and the guests can watch them from the jacuzzi. Call 1 800 251 958 or visit
www.slh.com

Travel Tips:
Long rains arrive in Samburu during April and May, but it gets wet from October to December too. While on safari you never leave the van, expect to get very close to some animals. If your camera has effectively 400mm of telephoto lens then you'll be close enough for great shots.


This feature was last updated on Thursday 07th May 2009 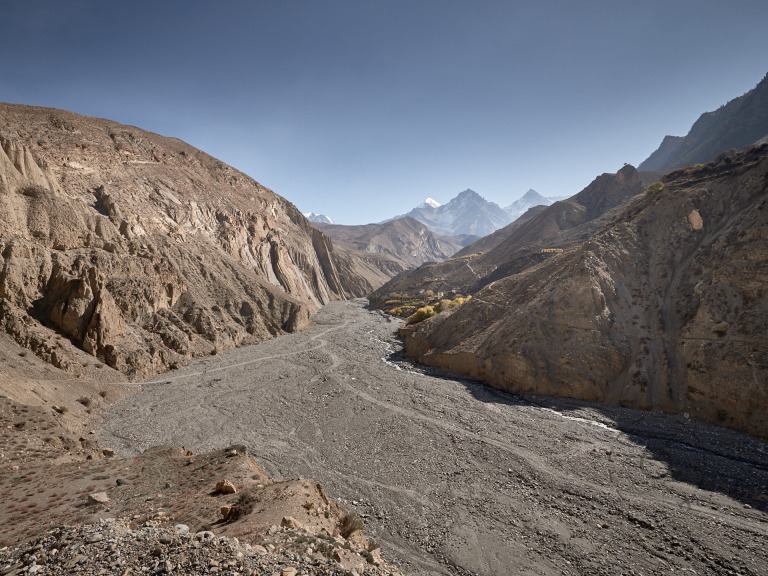 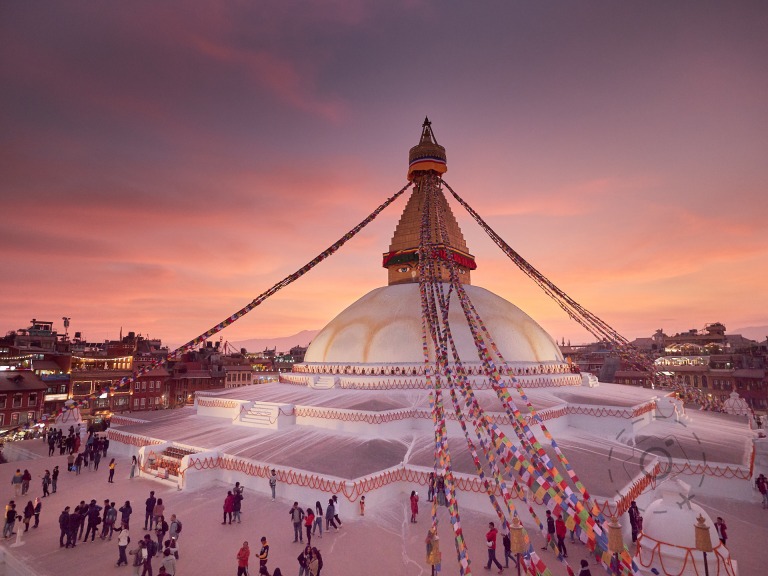 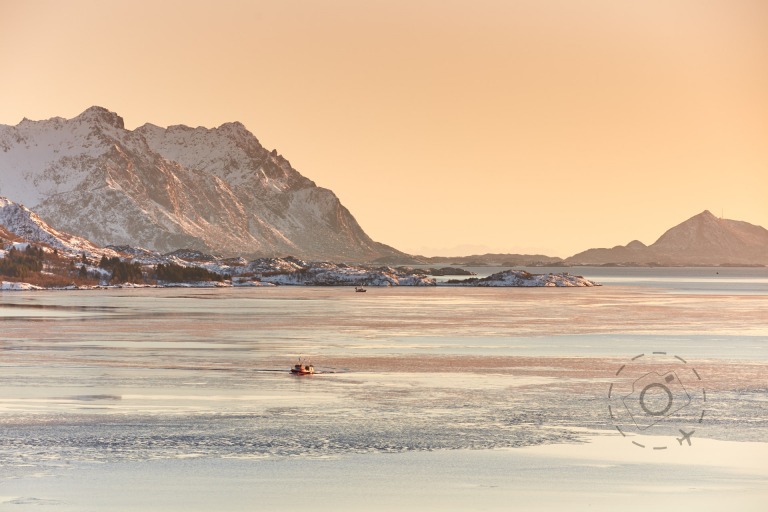